After spending upwards of 400 hours on Bioware’s Mass Effect series, I finally got round to buying Dragon Age: Inquisition and entering an entirely new world. In true Bioware form, there is a substantial Codex that allows you to brush up on the lore of DA: I whilst you begin your adventure. Much like my experience with The Witcher, I felt like I had loaded someone else’s game as I was pretty unfamiliar with the story and characters of the DA series. The story is pretty enveloping right from the word “go” and throws you into an intriguing and mysterious story almost immediately. 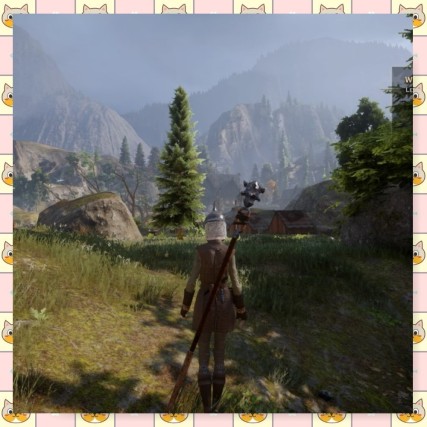 I have probably missed a clue as to what’s happening in DA: I as I’ve not played any of the previous games, so the opening few hours probably make sense to an experienced DA player. Bioware do their best to make new players feel welcome, however, as they provide you with a codex, hints and tutorials at every stage of the game, allowing you to get to grips with its multi-character playing style quite quickly.

So far, I am enjoying playing the character selection abilities of the game. Whilst you have your main character –mine is a female Dalish Elf – for the cut scenes and main story, you can take up to three companions with you, each with their own skills: Warrior, Mage and Rogue. You can also switch through the characters and could play the entire game as the Iron Bull, if you wish. Switching between characters allows you to use their abilities for certain tasks that your main character may not have the ability to do, i.e. using a Rogue to unlock doors. It is a clever battle tactic as well and a good step-up from the companion aspect of the ME series. 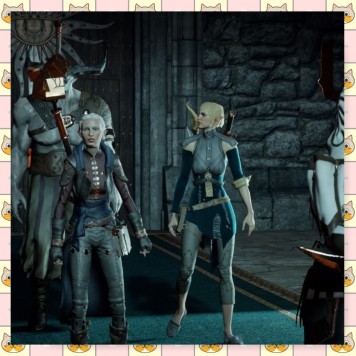 The inventory is still a little fiddly in my opinion but the longer I play, the more I’m getting to grips with it. Items such as armour and weapon are specialised to races and classes, so an Elf rogue can’t be running about with a Qunari battle axe and Human mage armour. You can also collect various collectibles to sell as well as a plethora of ingredients, metals, stone etc. you can use for crafting weapons and armour, allowing you to customise your characters to your own liking.

The dialogue is another upgraded version of ME dialogue wheel, allowing you to pick a response that invokes emotion, anger, confusion and even the odd bit of flirting, to name a few. I am obviously trying to romance everyone and anyone I can, but am aiming to romance the eyepatch off the Iron Bull in this play-through, or see if I can get Cassandra on side. As always, the Bioware dialogue options are hugely enjoyable and allow the player to reload and experience all the different conversation directions, if they wish.

The combat style appears complicated at first, however it is well conceived idea to allow group based, well-coordinated attacks, particularly when being ambushed. You have your main weapon – a staff or a sword, for example – and a mix of various other powers, depending on your class and abilities unlocked in your skills tree. As I said earlier, you can switch between characters’ mid battle to use special abilities or to try your hand at a new combat technique. One of the best aspects of the combat is the freeze time ability. You can pause time to coordinate a range of attacks from all your characters, such as commanding your mages to cast fire spells at specific enemies, or send your archer to the back and have your warrior flank another enemy. Powers load every couple of seconds, kind of like the way they do in most MMORPG’s. It allows you to make sure your team are taking out a large number of enemies at once, or concentrating all your effects on one particularly nasty enemy. Combat doesn’t feel like a slog in DA: I, and for once I actively enjoy seeking out fights and challenges. 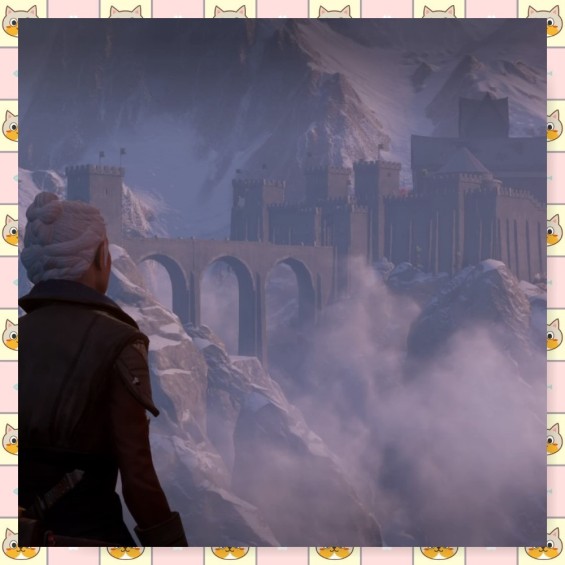 Graphics wise, this game is stunning. Bioware offer a dynamic range of landscapes, weather and architecture to allow the player to total immerse themselves in the world of Thedas and beyond. I’m around forty hours in to the game and am still absolutely enthralled in the beautiful mountains, rough seas and encapsulating horizons of this incredible world. 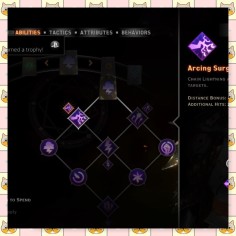 I plan on doing a full review once I’ve finished the game, as to avoid spoilers for anyone who hasn’t jumped on the Dragon Age train yet. What I will say about the story is that it is immersive, enthralling and full of mystery and danger. I am genuinely enjoying every minute of it and can’t wait to get back into it. 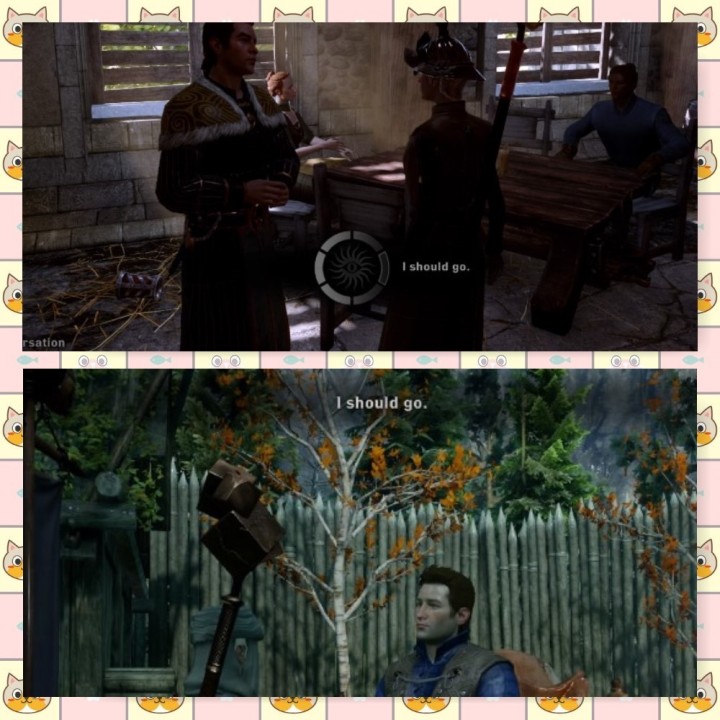 One thing that really makes me laugh is the inclusion of Commander Shepard’s infamous line: “I should go.” at various points throughout the game. Thank you, Bioware, you glorious kings.

You can now find me over at VG247 as their resident guide goblin.

I really like cats, gin and narrative-driven RPG’s. Fight me in real life.

I have a penchant for space lotharios, fire and men with swords. I’m the boss lady of GameNora, bringing with me all the wit, charm and lewd comments befitting a 21st-century girl.

When I'm not tweeting, playing or writing about games, I'm taking endless photographs of my cats, Steve and Doug, or drinking anything passionfruit or mango flavoured.